In the 1900s, the sky was the only limit we knew, for we had conquered the land and the sea. But, even with the monumental things we had achieved, we were often envious of small feathered creatures called birds. Birds could fly and we couldn’t. So, we did what we were best at, we innovated. We invented aeroplanes. But, when we envisioned flying, being cramped with strangers while an infant chewed off our ears was not what we had in mind. That’s why we chose to escape.

We chose to explore flying in its rawest form, we chose to paraglide! Today, paragliding is on top of everyone’s to-do list. While many destinations abroad offer paragliding, the costs there are higher than the sky itself. But fret not! We have a list of paragliding places in India that will be easy on your pockets! So, fly high without the worry of money, honey!

Mussoorie – Glide through the Himalayas!

Unobstructed view of the Himalayas is a view one cannot put money on! The paragliding expenses here glide between Rs. 2000-8000 per person. A couple of thousands for a view worth millions is the kind of bargain you deserve, so book your next flight to Dehradun (Jolly Grant Airport) with InterMiles today and earn miles for your flights booked for yourself and your loved ones. Any and every flight booked on intermiles.com to any of the places mentioned here earn you precious Miles!.

Yelagiri - Your flight of fantasy!

Thought that paragliding was only limited to North India? Yelagiri, a quaint village in Chennai offers the best paragliding in India. So, ride with the wind at Yelagiri’s wooded hills that stand tall at 4,338 ft!

Ranikhet – A heaven for beginners.

A natural treasure, the deep valley of Ranikhet is designed for safe landings! So, if you’re a newbie and wish to play it safe the first time, then Ranikhet is where you need to be.

As the Scotland of the East, Shillong takes paragliding up by 700 meters. What better place to explore the skies than in a city that is known to abode clouds!

Kunjapuri – Glide amidst the cliffs of Shiwalik

Rishikesh is famous for its ashrams, who knew it had an adventurer’s spirit? Bang in the middle of Rishikesh’s Shiwalik range, Kunjapuri is the most beautiful paragliding site in India. And therefore, it is the most sought-after place by adventurers who wish for a spiritual adventure.

High flyers who wish to view the Himalayan vista from different perspectives, Bedni Bugyal is a feast for the eyes! The steep hills make it one of the most adventurous paragliding places in India.

This is the best weekend getaway in India that offers you breath-taking beaches, mouth-watering cuisine and spirited parties. Our expectations with Goa couldn't get higher. Just then she shoots for the sky! The paragliding scene at Arambol pushes you off the cliff only to have you smooth sailing over the glistening waters of Goa.

Uttarakhand like never before! Paragliding here will awaken your inner thrill-seeker. Flow with the wind while River Ganga flows below you. Let the winds of Garhwal comfort your soul.

Flying over the lakes of Jammu while breathing in its fragrant breeze. Turn this fantasy into reality and explore the skies of Jammu valleys with InterMiles’ exclusive rewarding programme that helps you earn miles on your flights as well as hotel bookings.

InterMiles’ exclusive Hotel Platform offers you more than 15 Lakh accommodation options to choose from. From Multi-Star Hotels and Resorts to pocket-friendly BnBs and Homestays, you can select the accommodation that meets your requirements and also fits in your desired budget and earn precious miles! You can also redeem your accumulated Miles to book a free hotel stay.

For its historical forts and palaces, paragliding at Jaipur is no less than time travel. So, pay your respects to the architectural delights made by past men while savouring the sunset on its pink landscape!

Manali – Gliding through the snow!

The many tints of Solang Valley while paragliding in Manali. Also, if you wish to master the art of gliding through the snow, then Manali is the best paragliding place in India for you.

Also Read: Paragliding in Manali: A Fun Activity for Adventure Seekers in 2020

Your spirits by paragliding in Bangalore’s Nandi Hills! These hills are world-famous for their canopies that make the view here all the more hair-raising!

Nainital – Reaching for the sky, made easy!

Offers us with two equally spine-tingling places to experience paragliding - Naukuchiatal and Bhimtal. View nature’s architectural gems in the best way possible. A glimpse of Nanital’s captivating mountainous terrains will forever be etched in your memory.

Those magnificent birds-eye views of cricket stadiums that you saw on the TV? Well, now you get to be a part of the picture. See and experience it for real, only while paragliding at Dharmshala’s Indrunag! Fly over India’s most scenic cricket stadium, Dhauladhar and be stumped by its beauty.

An adventuresome holiday at Satpura’s 26-day long paragliding festival! Glide over a once active volcano while taking in the beauty of Gujarat’s landscapes.

Attracting the attention that it deserves, Vagamon in Kerala’s Idukki district is the next hot thing when it comes to paragliding in India. So, let your happiness levels skyrocket, soar through Vagamon’s green meadows and pine forests. If you wish to paraglide at a place still in the core of nature, far away from modernization, then Vagamon is for the vagabond within you!

Plenty of hills and pine trees, Pithoragarh also has a plenty of adventure options for thrill-seekers. It offers paragliding and other adrenaline-fused sports like river rafting, trekking, canoeing, and hand gliding. It costs up to 10000 per person for a weeklong course to master the art of gliding in the sky.

Layers and layers of snow in a snow desert and you, flying over it like a lone eagle. If you like the thought of it, then you must book the next ticket to Chandigarh, the closest station to this district! The white blanket of snow compliments the unique blue shade of the sky here. Together they paint a view one sees only on Discovery Channel.

Odd 15 km before Rohtang, lays an old shanty town called Marhi. Most of the tourists drive past it, some halt and few stay over, only to be blessed by nature’s delight. Famous for snow, mountains and trekking, paragliding is the next best thing to do at Marhi. So, take the road less travelled and be surprised!

Purandar – Give wings to your paragliding dreams!

Once a stronghold of Peshwa rule, Purandar Fort even today welcomes brave-hearts from all parts of the country. Its panoramic sights make it the perfect hotspot for paragliding and trekking in Pune.

Most of us, what happens in Lonavala stays in Lonavala unless we are paragliding, then we have videos and pictures that are paraded all over social media for the world to know. An ideal place for a weekend getaway, what better way to unwind than with paragliding over Lonavala’s lush green hills!

Matheran – A utopia for first-time gliders!

A quaint hill station nestled within the hills and mountains of Western Ghats. Matheran is true to its name, it literally means “overhead forest”. Such a picturesque surrounding makes it a paradise for tourists who yearn to have their first taste of paragliding.

Kamshet – The leap of faith you must take

The thrill of flying and jump for the clouds of Deccan at Kamshet. Its unruffled lakes and climactic terrains make for a memorable paragliding experience. So, do hop by this tiny village situated in the midst of Western Ghats.

Within the 5 fascinating hills of Sahyadri Range, Panchgani has a plethora of things to offer. For starters, its clear skies, complimentary winds and an unimaginable view of the hills make it the perfect place to paraglide. Other activities one can experience include caving, sightseeing and camping.

That’s all from us, hope this helps in planning your next vacation! So, awaken your inner bird and soar new heights!

For Flights, Hotel Booking, Shopping, and other lifestyle needs, download the InterMiles App on Google PlayStore and iTunes

Holidays
Best Islands to Visit in Thailand on a Budget 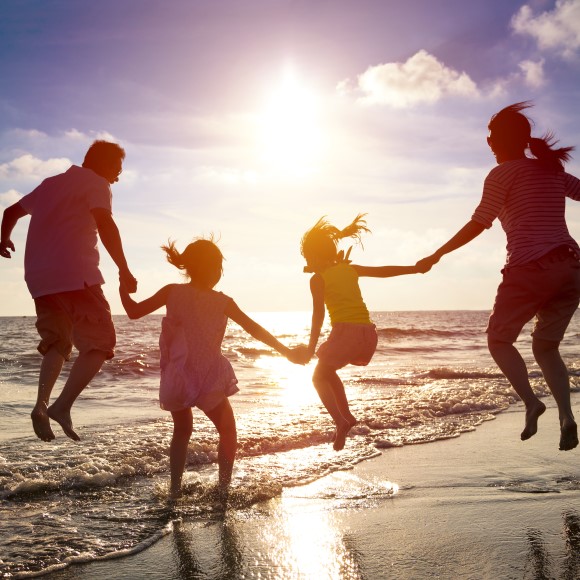 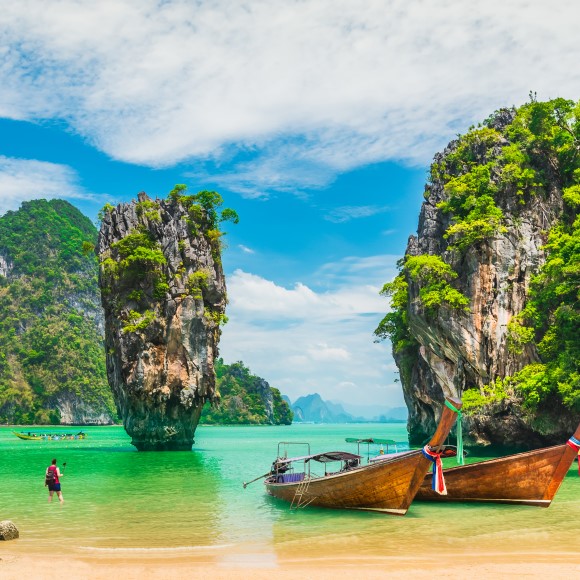 Best Islands to Visit in Thailand on a Budget 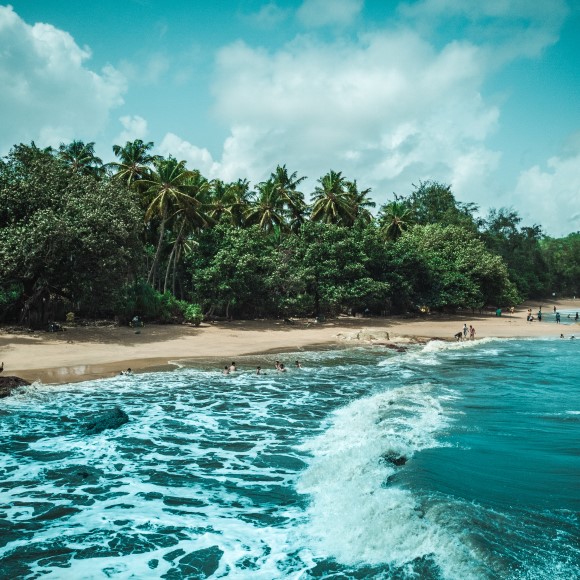 Don’t miss out on interesting reads from our side!

Don’t miss out on interesting reads from our side!

Explore interesting reads through our Blog to make your travel, lifestyle and rewards dreams come true.